The project takes its name from the demand for the transfer of power and other things to the newly independent Indonesia in 1945. It travels through time, from European colonial occupation through the development of the republican state to the trans-national contemporary cultures of today. It looks at the various international exchanges that happened in the territories of contemporary Indonesia, through the images and ideas of artists. These exchanges were of different kinds: trade, culture, religion, ideology and war. They produced a variety of results: violence, oppression, racism, creativity, spiritual awakening, and other things. The ideologies and challenges of modernity are common ways in which Indonesia has been depicted by others and has defined itself over the period. As this modern period recedes into history, the project will seek ways to remember how it has influenced contemporary understanding and ask the current generation of artists to look back in order to rewrite the past and potentially create the conditions for a different future. The catalogue and the exhibition will follow a broad chronological narrative, allowing readers and visitors to learn more about how this huge archipelago has changed over the past two centuries and to observe how it has responded and adapted to influences originating from both inside and outside the islands. The influence of the imperial Dutch and Japanese occupations naturally form a significant element in the narrative of the exhibition as does the constant struggle for different forms of independence or equal treatment by the Javanese and other Indonesian cultures. The importance of Chinese and Arab influence on Indonesia’s cultural history will also feature as the exhibition tries to look for alternative ways, alongside the post-colonial, for understanding the present. The presentations will include work made during the residencies as well as new commissions. 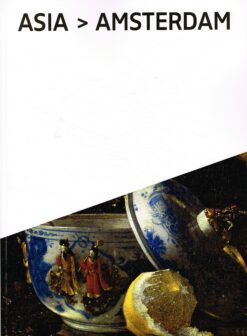 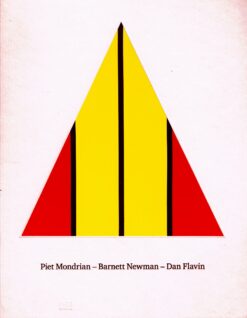 Although the three prominent modernist artists Piet Mondrian (1872-1944), Barnett Newman (1905-1970), and Dan Flavin (1933-1996) each belong to a different generation, all of them have devoted their creativity to abstract art in groundbreaking ways. Under various intellectual and social auspices they relied upon ascetics in their unheard-of radical dealings with art. Using pure color, concrete form, and new materials, they expanded the dimensions of art into the universal. This volume appears in conjunction with a large, special exhibition at the Kunstmuseum Basel, and features each of the three artists in chronological order, so that the sequencing gives rise to enlightening nexuses. The book presents masterpieces, while juxtaposing seldom-seen works. Hatje Cantz
geb - 152 blz
€ 12,50 Verder lezen 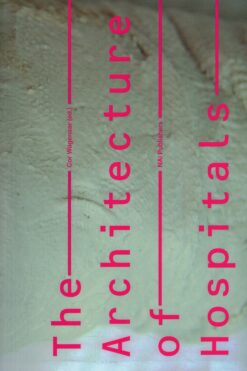 The Architecture of Hospitals

Architecture affects people. The architecture of hospitals contributes to the well-being and recovery of patients. This bold proposition dates back to the late 18th century, and has been a recurring theme in the functional development of hospital architecture ever since. The most recent manifestation of this was the phenomenon of 'Evidence-Based Design', which originated in the USA. This methodology compares the effects of various spatial factors and provided indisputable evidence that architecture does indeed work for the first time. The positive influence of architecture is one of the two cornerstones of 'The Architecture of Hospitals'. The other is architecture as an historical discipline with a wide-ranging cultural dimension. The hospital, being a public and representative building with a special societal function, is the ideal vehicle to express this cultural dimension. NAI
pap - 512 blz
€ 15,00 Verder lezen 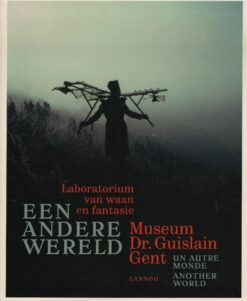 Waar ligt de grens tussen fantasie en werkelijkheid? Hoe onderscheid je droom van delirium, waan van wens, hallucinatie van inzicht? Op welke manier kan je onderzoeken of verbeelden wat zich ergens anders afspeelt? De tentoonstelling neemt, vertrekkend van de vele vragen rond psychose, hallucinatie en waan, twee eeuwen in ogenschouw. Niet om een historisch verhaal te vertellen, maar om uit die periode vijf eigenzinnige oeuvres te lichten die balanceren tussen kunst, kunde en wetenschap. Where does reality end and fantasy begin? When can we talk about an hallucination? How do we bridge the gap between our world and others; and imagine or research what is happening elsewhere? 'Another World' opens the gateway to alternative realities. It shows how science and art have explored the unknown areas of the mind for the last two centuries. As innovative as it is offbeat; this story begins with selections from the oeuvres of four amazing creative thinkers; each of whom have generated a different world. From walking pencils to flying bicycles; materialised ghosts and optical illusions; nothing is too odd for this book and its curious insights into the human mind. The Museum Dr. Guislain in Ghent is a unique and prestigious museum with a vast collection on the history of psychiatry; and an internationally acclaimed collection of outsider art. The museum also organises temporary exhibitions based on their fascination for the not-ordinary ; where delusion and science; art and culture; are exposed in a different way. Lannoo
pap - 191 blz
€ 12,50 Verder lezen