In 1591, the States of Holland were only able to find one suitable residence for Louise de Coligny, the last wife of William the Silent. And so this member of the House of Orange began living in a chic rented property in The Hague, which over more than four hundred years of eventful history expanded to become Noordeinde Palace. Frederick Henry saw it as a confirmation of much fought for influence, while Queen Wilhelmina as the epitome of pre-war aloofness. King William I used it as his winter residence and it serves the last Dutch Queen as an efficient work palace. 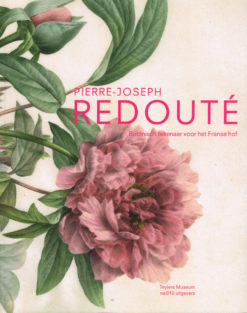 Pierre-Joseph Redouté (1759-1840) is the undisputed master of botanical art. His illustrations of flowers occupy the intersection of art and science, and they represent a unique fusion of botanical precision with artistic elegance. This richly illustrated publication presents a wide selection of Redouté's books, drawings and watercolours. Several short essays by Dutch and French specialists deal with different aspects of his art. As court artist to Queen Marie-Antoinette and Empress Joséphine, Redouté drew extraordinary flowers and plants from the Jardin des plantes and the gardens of Malmaison, which made him the darling of Parisian society. Napoleon Bonaparte presented his books as gifts to the crowned heads of Europe, and his pictures illustrated the works of the most eminent scientists of his day. His most famous books, Les Liliacées and Les Roses, are among the milestones of botanical literature. The Teylers Museum was presenting the first retrospective of this artist's work in the Netherlands. Nai010 uitgevers
PAP - 167 blz
€ 12,50 Verder lezen 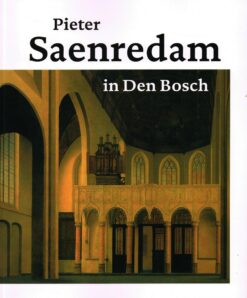 The Haarlem artist Pieter Saenredam (1597-1665) is best known for his cityscapes and drawings and paintings of church interiors. In the summer of 1632 Saenredam spent a month in Den Bosch. He stayed there with his cousin, the preacher Johannes Junius. Saenredam made a varied number of drawings in his short time in Den Bosch, including cityscapes, church interiors and monuments. Every drawing was precisely dated by him, giving us an accurate picture of his work in the summer of 1632. 'Pieter Saenredam in Den Bosch' contains many new facts and useful information about the works of one of the most outstanding painters of the Dutch Golden Age. Lecturis
ing - 128 blz
€ 6,90 Verder lezen 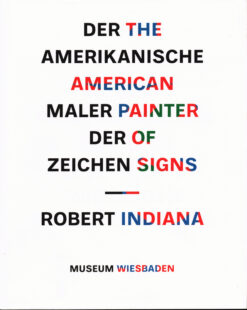 Robert Indiana (1928-2018) was an American artist associated with the Pop Art movement. The American dream, the promise of freedom, happiness and material affluence is the basis of his creative work. Indiana's eye-catching sign paintings are among the most radical expressions of Pop Art and take up the aesthetics of advertising and consumerism, building bold icons from numbers, letters and forms. This publication presents Indiana's classic work in its full breadth on the basis of selected examples and provides evidence of the shining significance and enormous presence of his most famous work, ?Love?, in his oeuvre. Museum Wiesbaden
geb - 122 blz
€ 15,00 Verder lezen 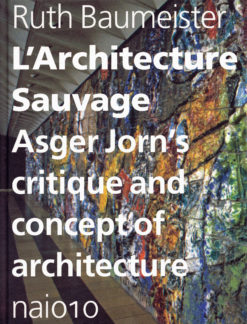 The Danish artist Asger Jorn was internationally reknown for his activities within the CoBrA and the International Situationist groups. Quite apart from his paintings, prints, ceramics and sculptures, Jorn produced a remarkable amount of theoretical work. In contrast to his artistic oeuvre, Jorn?s theoretical arguments have received much less attention from scholars of architecture, art history, or philosophy. This book for the first time reveals this largely ignored aspect of Jorn?s work. Nai 010
geb - 280 blz
€ 12,50 Verder lezen