Jean Desmet’s Dream Factory: The Adventurous Years of Film (1907-1916) offers an inspiring picture of the early years of film. This new medium developed rapidly into a popular form of entertainment thanks to new technology, artistic ingenuity and creative entrepreneurship. The film industry could grow in part because of passionate businessmen like Jean Desmet (1875-1956), who rose from fairground showman to become one of the most important cinema exhibitors and film distributors in the Netherlands. 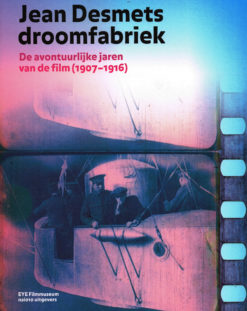 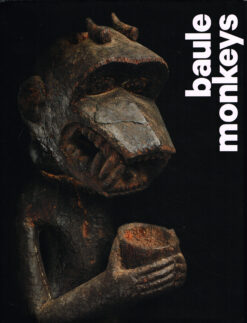 Straying from the traditional art canon of the delicate Baule masks and figures, 'Baule monkeys' explores the darker side of this art form, in all its aspects. This makes it to deal exclusively with the eponymous sculptures. These awe-inspiring bowl-bearing figures were physical manifestations of invisible powers, both malign and benign, and served their communities through the mediation of diviners. Using a group of remarkable figures from the Africarium collection as illustration, 'Baule monkeys' focuses on the creation, usage and form of these bowl bearers and sheds light on the cultural and ritual context in which they operated. Through extensive research, it combines new and fascinating discoveries with all previous relations on the subject. This research is accompanied by many splendid images. Not only does it include an original map and never before published field photos, it also contains 15 objects from the Africarium collection and 40 monkey figures from other public and private collections represented in full-page illustrations, and in smaller formats. This gives the reader a chance to see the works in great detail and from different angles. Mercatorfonds
geb - 192 blz
€ 29,90 Verder lezen 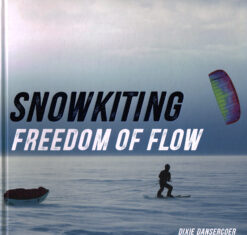 'Snowkiting' offers thorough insight into the history, technique and various disciplines of this contemporary winter sport. It offers many lively experiences and anecdotes from the featured experts who took part in the sport's development over the last 30 years. They are the pioneers who pushed the limits of the impossible to embark on far-fetched snowy adventures. More than 100 artistic photographs allow the reader to dream-travel on vicarious snowkite journeys in polar or alpine regions, uniquely powered by the silent force of the wind to flow in a rarely-experienced state of total freedom. Snoeck
geb - 128 blz
€ 12,50 Verder lezen